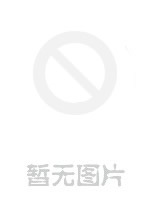 Scarlett made a mouth of bored impatience.If you say ‘war’ just once more, I’ll go in the house and shut the door. I’ve never gotten so tired of any one word in my life as ‘war,’ unless it’s ‘secession.’ Pa talks war morning, noon and night, and all the gentlemen who come to see him shout about Fort Sumter and States’ Rights and Abe Lincoln till I get so bored I could scream! And that’s all the boys talk about, too, that and their old Troop. There hasn’t been any fun at any party this spring because the boys can’t talk about anything else. I’m mighty glad Georgia waited till after Christmas before it seceded or it would have ruined the Christmas parties, too. If you say ‘war’ again, I’ll go in the house.”
She meant what she said, for she could never long endure any conversation of which she was not the chief subject. But she smiled when she spoke, consciously deepening her dimple and fluttering her bristly black lashes as swiftly as butterflies’ wings. The boys were enchanted, as she had intended them to be, and they hastened to apologize for boring her. They thought none the less of her for her lack of interest. Indeed, t